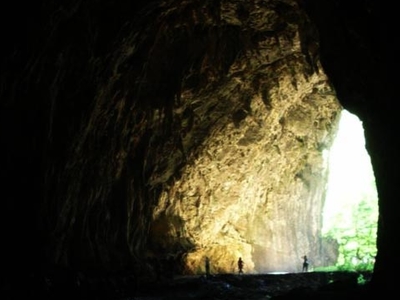 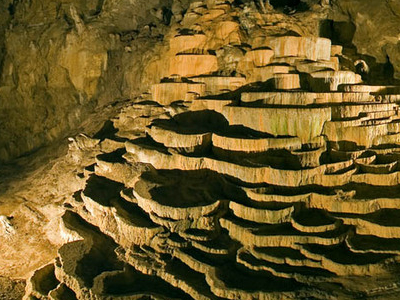 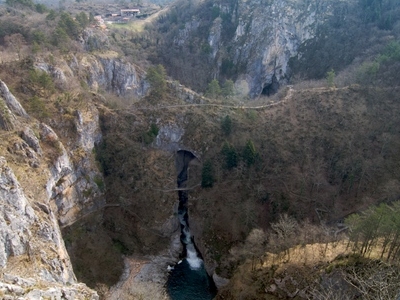 Skocjan Caves is a cave system in Slovenia. Due to its exceptional significance, Škocjan Caves was entered on UNESCO’s list of natural and cultural world heritage sites in 1986. International scientific circles have thus acknowledged the importance of the caves as one of the natural treasures of planet Earth.

Ranking among the most important caves in the world, Škocjan Caves represents the most significant underground phenomena in both the Karst region and Slovenia. Following its independence, the Republic of Slovenia committed itself to actively protecting the Škocjan Caves area; for this reason, it established the Škocjan Caves Regional Park, Slovenia and its Managing Authority, the Škocjan Caves Park Public Service Agency.


Description
Škocjan Caves is, above all, a natural phenomenon of global significance, ranking side by side with the Grand Canyon, the Great Barrier Reef, the Galapagos Islands, Mount Everest, and others. Ranking among the most important caves in the world, Škocjan Caves represents the most significant underground phenomena in both the Karst region and Slovenia.

Škocjan Caves was also entered on the List of Ramsar wetlands of international importance on 18 May 1999. Together with the underground stream of the Reka River, they represent one of the longest karst underground wetlands in Europe.

History Of Exploration
The first written sources on Škocjan Caves originate in the era of Antiquity (2nd century B.C.) by Posidonius of Apamea and they are marked on the oldest published maps of this part of the world; for example the Lazius-Ortelius map from 1561 and Mercator's Novus Atlas from 1637.

The fact that the French painter Louis-François Cassas (1782) was commissioned to paint some landscape pieces also proves that in the 18th century the caves were considered one of the most important natural features in the Trieste hinterland. His paintings testify that at that time people visited the bottom of Velika dolina. The Slovenian scholar Janez Vajkard Valvasor described the sink of the Reka River and its underground flow in 1689.

Archaeology
From time immemorial, people have been attracted to the gorge where the Reka River disappears underground as well as the mysterious cave entrances. The Reka River sinks under a rocky wall; on the top of it lies the village of Škocjan after which the caves are named.

Škocjan Caves Regional Park, Slovenia is archeologically extremely rich, indications are that it was inhabited since more than ten thousand years before the present. A valuable treasure of archeological findings in 'Mušja Jama' indicate the influence of the Greek civilization, where a cave temple was located after the end of the Bronze Age and in the Iron Age.

Tourism
It is difficult to establish when tourism in Škocjan Caves truly commenced. According to some sources, in 1819, the county's councilor Matej Tominc (Tominc Cave is named after him) ordered that the steps to the bottom of the collapsed doline Velika Dolina be made. According to other sources, they were only renovated. On this occasion, more precisely on 1 January 1819, a visitors' book was introduced. This date can unequivocally be considered the beginning of modern tourism in Škocjan Caves.

In recent years, Škocjan Caves has around 100,000 visitors per year. The first part of the Caves—Marinič Cave and Mahorčič Cave with the collapsed doline Mala Dolina—was available to tourists already in 1933. It was severely damaged in a flood in 1963. In 2011, it was renovated and a new steel bridge was added. Visitors can also view the part of the underground canyon with collapsed doline Velika Dolin. 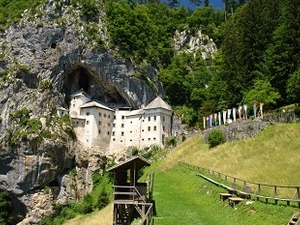 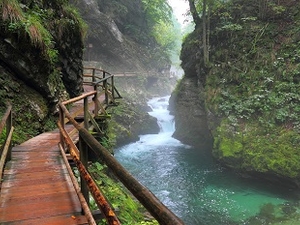 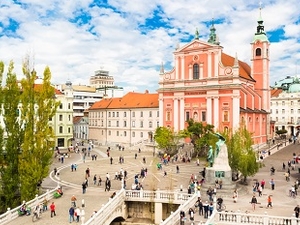 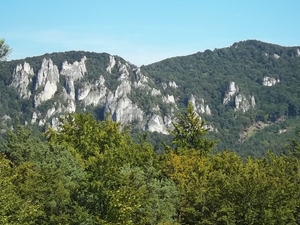 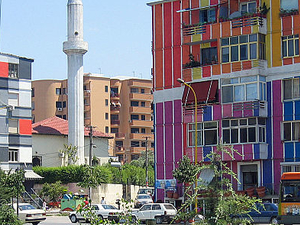 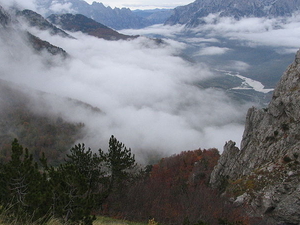 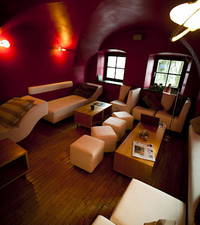 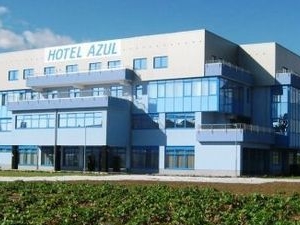 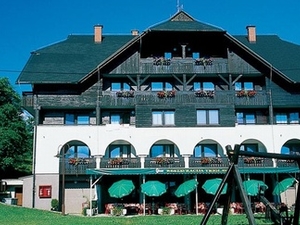