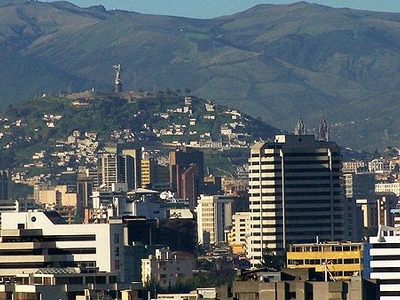 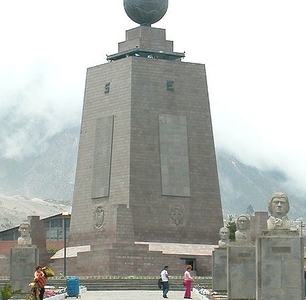 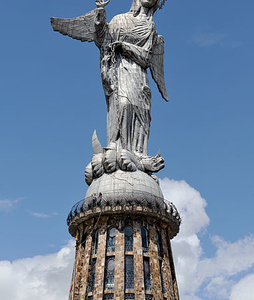 Quito, formally San Francisco de Quito, is the capital city of Ecuador, and at an elevation of 9,350 feet (2,850 meters above sea level), it is the highest capital city in the world housing the administrative, legislative and judicial functions. It is located in north-central Ecuador in the Guayllabamba river basin, on the eastern slopes of Pichincha, an active stratovolcano in the Andes mountains.

It is also the capital of the Pichincha province and the seat of Metropolitan District of Quito. In 2008, the city was designated as the headquarters of the Union of South American Nations. The central square of Quito is located about 25 kilometres (16 mi) south of the equator; the city itself extends to within about 1 kilometre (0.62 mi) of zero latitude. A monument and museum marking the general location of the equator is known locally as la mitad del Mundo (the middle of the world), to avoid confusion, as the word ecuador is Spanish for equator. Quito, along with Kraków, were the first World Cultural Heritage Sites declared by UNESCO in 1978.

Climate
Under the Köppen climate classification, Quito has a subtropical highland climate. Because of its elevation and its proximity to the equator, Quito has a fairly constant cool climate, with spring-like weather year-round. The average temperature at noon is 18.7 °C (65.7 °F) with a normal night-time low of 9.3 °C (48.7 °F).

Transportation
Public Transport
The MetrobusQ network, also known as "Red Integrada de Transporte Público", is the bus rapid transit system running in Quito, and it goes through the city from south to north. It's divided into three sections—the green line (the central trolleybus, known as El Trole), the red line (the north-east Ecovía), and the blue line (the north-west Corridor Central).

Road Transport
Although public transportation is the primary form of travel in the city, including fleets of taxis that constantly cruise the roadways, the use of private vehicles has increased substantially during the past decade. Because of growing road congestion in many areas, there were plans to construct a light rail system, which were conceived to replace the northern portion of the Trole.

Roads, Avenues and Streets
Because Quito is about 40 km (25 mi) long and 5 km (3.1 mi) at its widest, most of the important avenues of the city extend from north to south. The two main motorways that go from the northern part of the city to the southern are Avenue Oriental (Corridor Periférico Oriental) on the eastern hills that border the city, and Avenue Occidental on the western side of the city on the Pichincha volcano.

Rail
There is a railroad that goes through the southern part of Quito and passes through the Estación de Chimbacalle. It is managed by the Empresa de Ferrocarriles Ecuatorianos (EFE). This form of transport is nowadays used mostly for tourism.

Air Transport
Mariscal Sucre International Airport (IATA airport code: UIO) serves as the city's principal airport for passenger travel and freight. The airport is located 10 kilometres (6.2 mi) north of the city's centre, within driving distance to the main business center. Because of tall buildings and fog at night, landing from the south is not as easy as at many other airports.

Points Of Interest
Historic Center
Quito has one of the largest, least-altered and best-preserved historic centers in the Americas. This center was, together with the historic centre of Kraków in Poland, the first to be declared World Heritage Site by UNESCO on 18 September 1978. The Historic Centre of Quito is located in the center south of the capital on an area of ​​320 hectares (790 acres), and is considered one of the most important historic areas in Latin America.

Carondelet Palace
Carondelet Palace (Spanish: Palacio de Carondelet) is the seat of government of the Republic of Ecuador, located in the historical center of Quito. Axis is the nerve of the public space known as Independence Square or Plaza Grande (colonial name), around which were built in addition the Archbishop's Palace, the Municipal Palace, the Hotel Plaza Grande and the Metropolitan Cathedral.

The Metropolitan Cathedral
The Metropolitan Cathedral (Primate of Ecuador), due to its location in the heart of the historic city and its status as the main church of the city, is one of the largest religious symbols of spiritual value for the Catholic community in the city. This church began its construction in 1562, seventeen years after the diocese of Quito was created (1545).

El Panecillo
El Panecillo is a hill located in the middle west of the city at an altitude of about 3,016 metres (9,895 ft) above sea level. A monument to the Virgin Mary is located on top of El Panecillo and is visible from most of the city of Quito. In 1976, the Spanish artist Agustín de la Herrán Matorras was commissioned by the religious order of the Oblates to build a 41 metres (135 ft)–tall aluminum monument of a madonna, which was assembled on a high pedestal on the top of Panecillo.

La Mariscal
La Mariscal Sucre in Quito has earned the nickname "Gringolandia" because of its popularity with western tourists. While lacking in major tourist attractions, it is home to a number of clubs, bars and restaurants that cater to visitors. There are also many travel agents that specialize in western travel.

Outside The City
La Mitad del Mundo[28] (the middle of the world) is a small village administered by the prefecture of the province of Pichincha, 35 kilometres (22 mi) north of Quito.. It has since been determined, with the use of Global Positioning System technology, that the actual equator is some 240 metres (790 ft) north of the monument area. 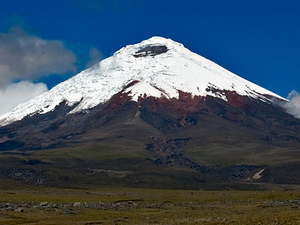 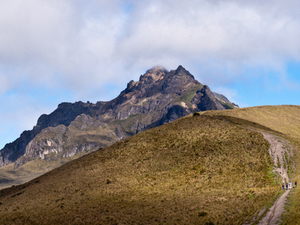 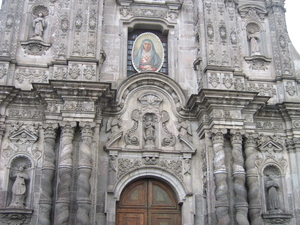 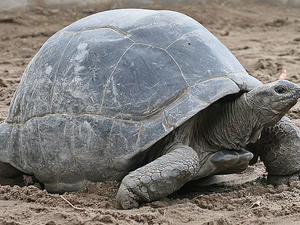 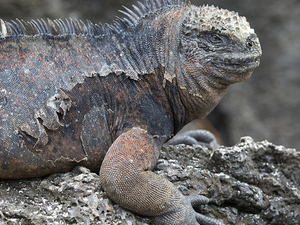 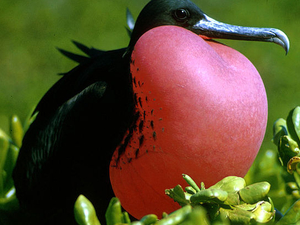 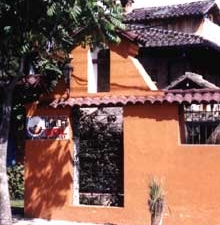 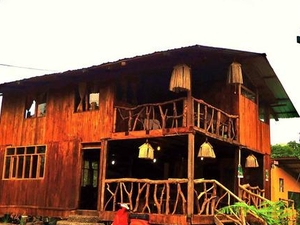 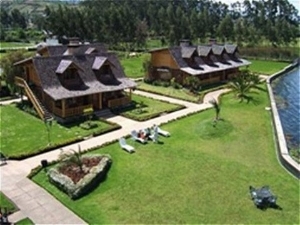