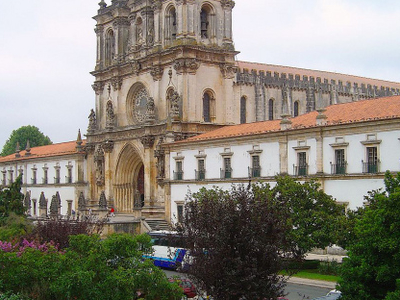 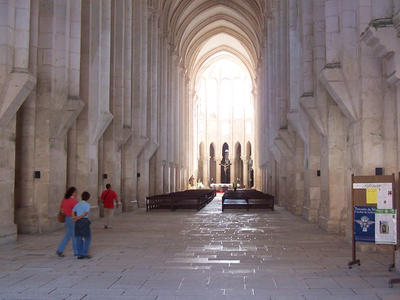 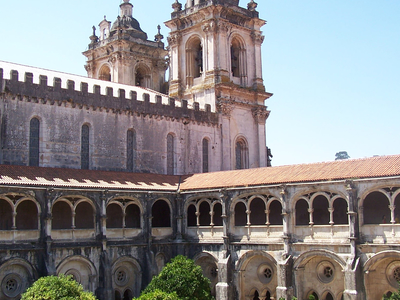 The Alcobaça Monastery is a Mediaeval Roman Catholic Monastery located in the town of Alcobaça, in central Portugal. It was founded by the first Portuguese King, Afonso Henriques, in 1153, and maintained a close association with the Kings of Portugal throughout its history.

The church and monastery were the first Gothic buildings in Portugal, and, together with the Monastery of Santa Cruz in Coimbra, it was one of the most important of the mediaeval monasteries in Portugal. Due to its artistic and historical importance, it was listed by UNESCO as a World Heritage Site in 1989.

History
The Alcobaça Monastery is one of the first foundations of the Cistercian Order in Portugal. It was founded in 1153 as a gift to Bernard of Clairvaux, shortly before his death, from the first Portuguese King, Afonso Henriques, to commemorate his victory over the Moors at Santarém in March 1147. The foundation of the monastery was part of the strategy by Afonso Henriques to consolidate his authority in the new kingdom and promote the colonisation of areas recently taken from Moorish hands during the Reconquista.

Art And Architecture
The Alcobaça Monastery was built following an early Gothic style, and represents the arrival of this style in Portugal. The church and other main buildings were constructed from 1178 until the end of the 13th century. The church was consecrated in 1252. Following the precepts of the Order of Cistercians, the original monastic buildings were built under clean architectonic lines, without any decoration apart from some capital sculpture and a statue of the Virgin Mary.

Exterior
The main façade of the Monastery has two plain-style wings with the church in the middle. The façade of the church is a mix of styles: the portal and the rose window above were part of the original church, while the statues and the two flanking towers were added in the beginning of the 18th century. The side walls of the church have crenellations and the apse has eight flying buttresses to support the weight of the vault of the apse, a typical feature of Gothic architecture.

Interior Of The Church
The first architect(s) of the church, most probably of French origin, followed the design of the Abbey of Clairvaux (now mostly demolished), which had been founded by Bernard of Clairvaux in 1115. The church is a Latin-cross building with pronounced transept arms and three aisles.

Royal Tombs
In the transept of the church are located the tombs of King Pedro I and his mistress, Ines de Castro, assassinated, in 1355, under the orders of Peter's father, King Afonso IV. After becoming King, Pedro ordered the remains of his beloved to be transferred to her tomb in Alcobaça and, according to a popular legend, made her be crowned as Queen of Portugal and ordered court members to pay her homage by kissing her decomposing hand.

Sacristy
From the ambulatory the sacristy of the church can be reached. The sacristy had been built in manueline style in the early 16-th century, but had to be rebuilt after the 1755 quake. The corridor leading to the sacristy, covered by a splendid manueline rib vaulting, and the portal to the sacristy have survived the quake. The portal is a framed by intertwined vegetal branches that carry the coat-of-arms of Portugal. 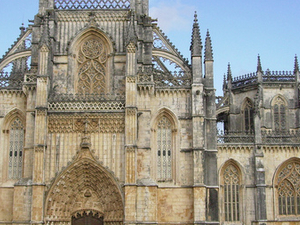 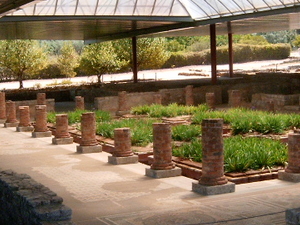 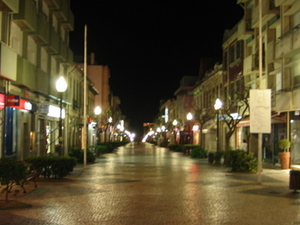 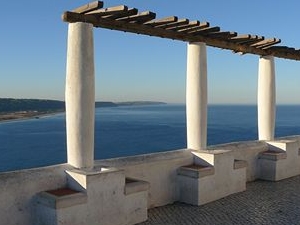 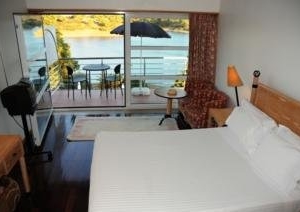 Pousada do Torrão - Vale do Gaio 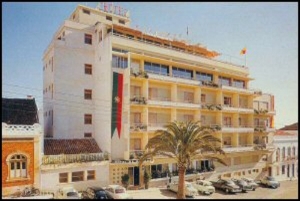