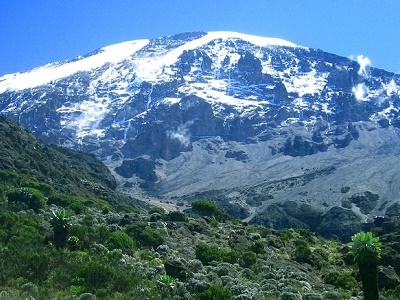 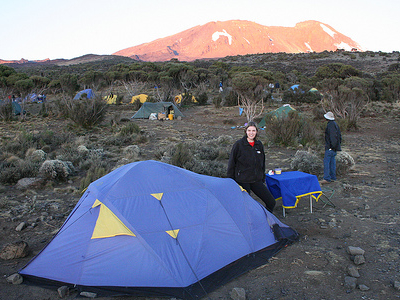 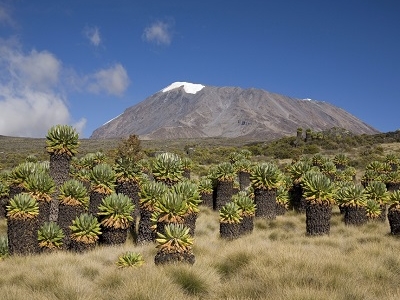 Kilimanjaro, with its three volcanic cones, Kibo, Mawenzi, and Shira, is a dormant volcano in Kilimanjaro National Park, Tanzania and the highest mountain in Africa at 5,895 metres or 19,341 feet above sea level (the Uhuru Peak/Kibo Peak).

Geology
Kilimanjaro is composed of three distinct volcanic cones: Kibo 5,895 m (19,341 ft); Mawenzi 5,149 m (16,893 ft); and Shira 3,962 m (13,000 ft). Uhuru Peak is the highest summit on Kibo's crater rim.Kilimanjaro is a giant stratovolcano. Two of its three peaks, Mawenzi and Shira, are extinct while Kibo (the highest peak) is dormant and could erupt again. The last major eruption has been dated to 360,000 years ago, while the most recent activity was recorded just 200 years ago.Although it is dormant, Kibo has fumaroles that emit gas in the crater. Several collapses and landslides have occurred on Kibo in the past, one creating the area known as the Western Breach.

Trekking Kilimanjaro
There are six official trekking routes by which to climb Mt Kilimanjaro, namely: Marangu, Rongai, Lemosho, Shira, Umbwe and Machame. Of all the routes, Machame is by far the most scenic albeit steeper route up the mountain, which can be done in six or seven days. The Rongai is the easiest and least scenic of all camping routes with the most difficult summit night and the Marangu is also relatively easy, but accommodation is in shared huts with all other climbers. As a result, this route tends to be very busy, and ascent and descent routes are the same.

Unique Vegetation
Being an Afromontane sky island, Kilimanjaro has an enormous biodiversity while low in endemic species. However endemics include the giant groundsels in the bunchgrass tussock grasslands, and other flora adapted to living in alpine plant conditions.Kilimanjaro has a large variety of forest types over an altitudinal range of 3,000 m (9,843 ft) containing over 1,200 vascular plant species. Montane Ocotea forests occur on the wet southern slope. Cassipourea and Juniperus forests grow on the dry northern slope. Subalpine Erica forests at 4,100 m (13,451 ft) represent the highest elevation cloud forests in Africa. In contrast to this enormous biodiversity, the degree of endemism is low. However, forest relicts in the deepest valleys of the cultivated lower areas suggest that a rich forest flora inhabited Mt Kilimanjaro in the past, with restricted-range species otherwise only known from the Eastern Arc mountains. The low degree of endemism on Kilimanjaro may result from destruction of lower elevation forest rather than the relatively young age of the mountain.

Physical Features
Kilimanjaro rises from its base, and approximately 5,100 m (16,732 ft) from the plains near Moshi. Kibo is capped by an almost symmetrical cone with scarps rising 180 to 200 m on the south side. These scarps define a 2.5 km wide caldera. Within this caldera is an inner crater, the Reusch Crater. This inner crater was named after Dr. Richard Reusch. The name was conferred by the government of Tanganyika in 1954 at the same time it awarded Reusch a gold medal on having climbed Kilmanjaro for the 25th time. Reusch climbed Kilimanjaro 65 times and helped to establish the exact elevation of the crater.Within the Reusche Crater lies the Ash Pit. The Reusche Crater itself is nearly surrounded by a 400 feet (120 m) high dune of volcanic ash. 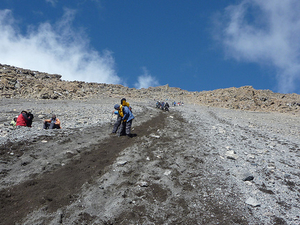 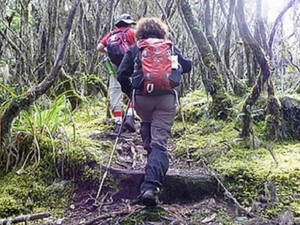 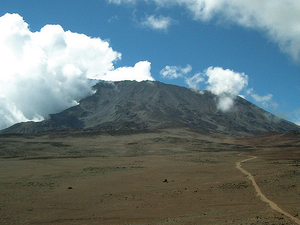 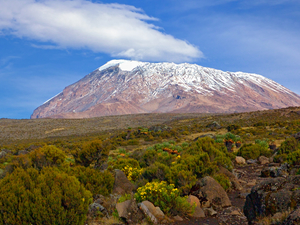 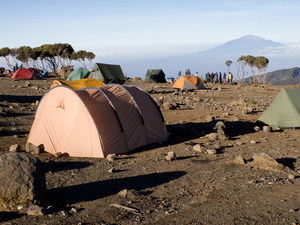 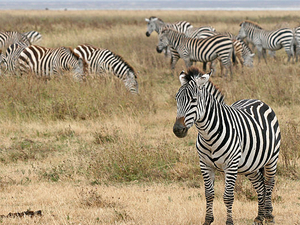 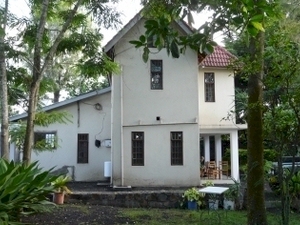 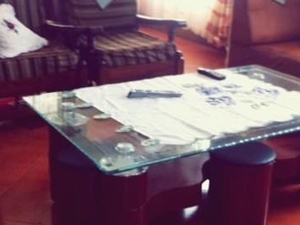 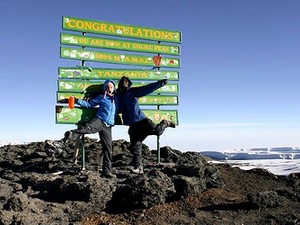